Slime is a huge trend these days with kids of all ages. It doesn’t surprise me that slime became so popular because slime is so much fun. This scented slime is the best! You can pull it, twist it, squish it, squeeze it, and even smells amazing. We’ve been making homemade slime for years, and there’s nothing like a little squishy fun to get those hand muscles strengthening. Plus, this cinnamon slime is a stress reliever too. Are you ready for this Cinnamon Jiggly Slime Recipe?!

This Cinnamon Slime Recipe is sure to delight your children! 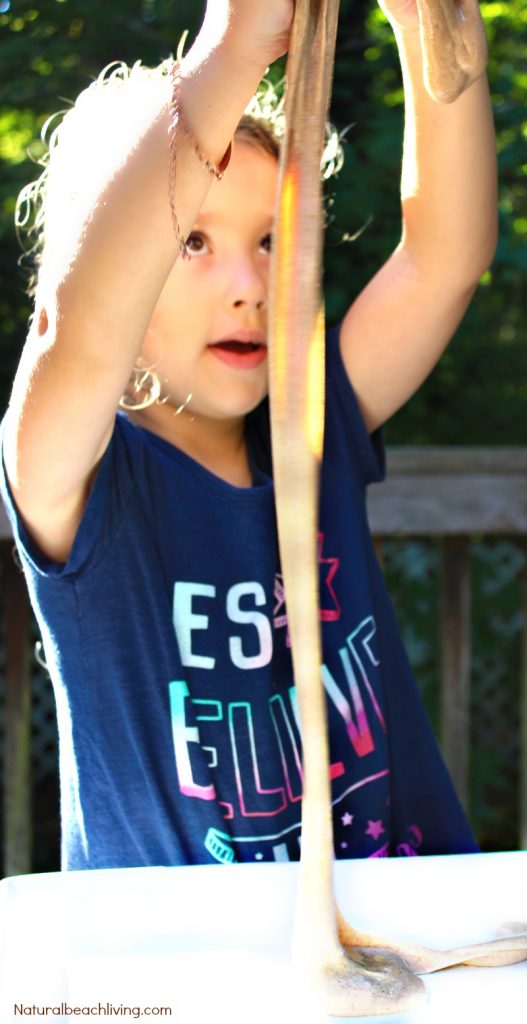 This homemade slime recipe makes the best slime ever!  This time of the year, we love to incorporate fall scents and colors. Making this cinnamon slime one of our all-time favorites. The natural cinnamon gives off a spicy aroma and smells good enough to eat. Cinnamon is also known to boost brain activity and help with memory skills. So that makes playing with this cinnamon slime recipe even better than others. 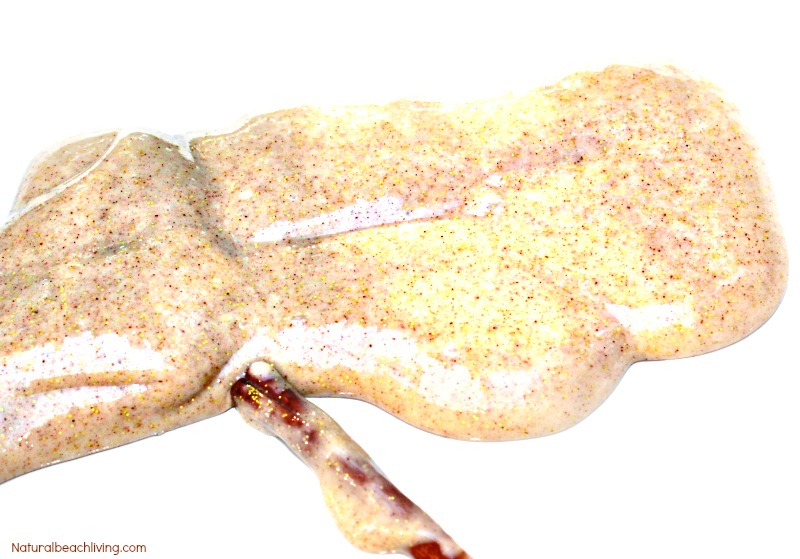 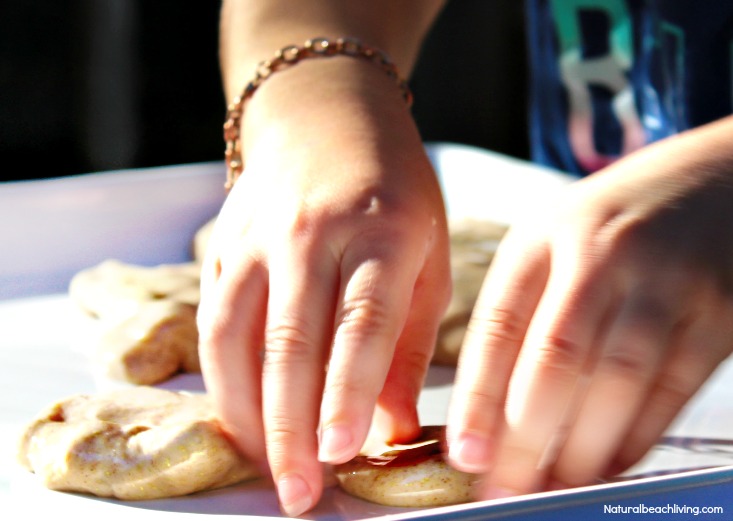 As you can see in the pictures, my kids love playing with slime. They will stretch it as far as they can and mold it into fun creatures. You can make handprints, poke holes, listen to it snap, squish, and jiggly back into shape. Slime is a great sensory experience for kids, and it’s a great stress reliever for adults too. 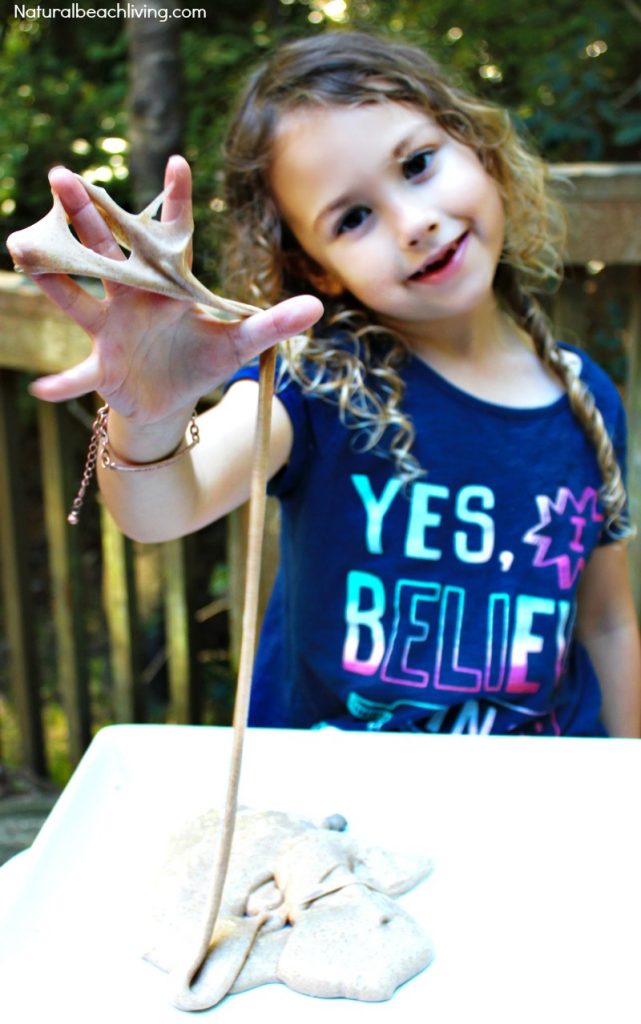 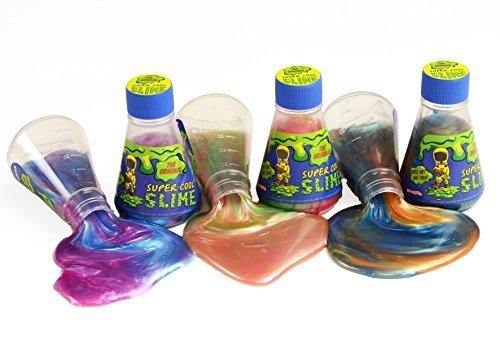 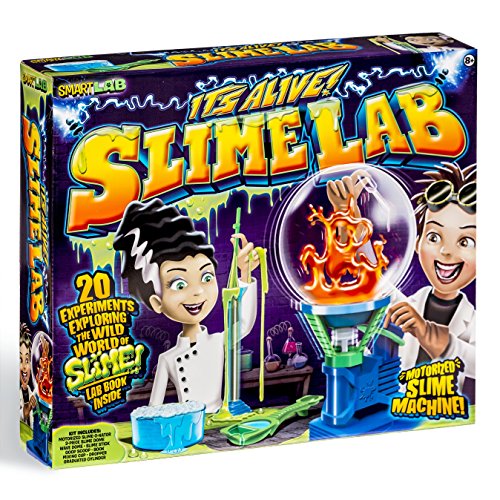 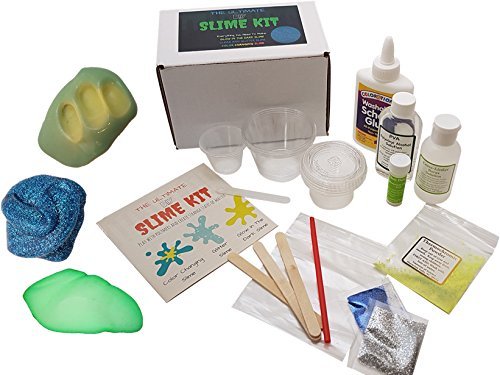 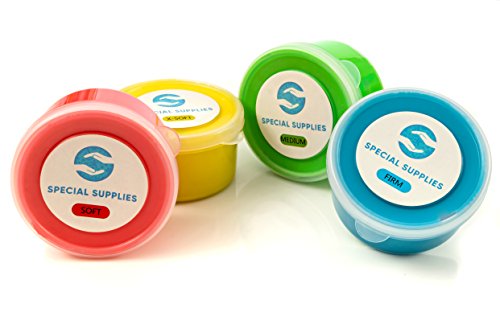 1. In a large mixing bowl, combine a 1/2 cup of Elmer’s glue with 1/2 cup of hot water and mix well.
2. Mix in your cinnamon and glitter.
3. Using a separate bowl – Add 1/4 teaspoon of borax into your remaining 1/4 cup of hot water and stir, letting the borax dissolve.
4. Mix in your borax water (ingredients should start coming together to form slime).
5. Pour the excess water out and remove the slime with your hands and knead the slime in your hands for a couple of minutes until the ingredients fully come together and aren’t sticky.
6. Place the slime into a Mason jar with a lid to store. 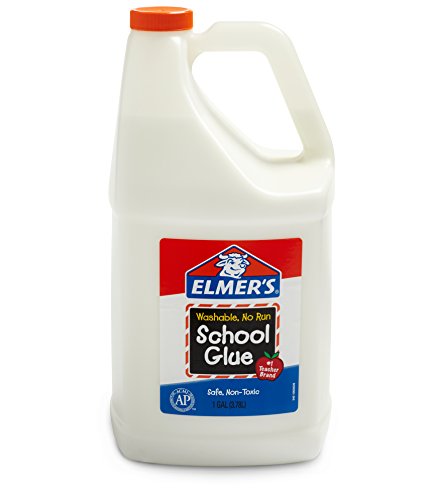 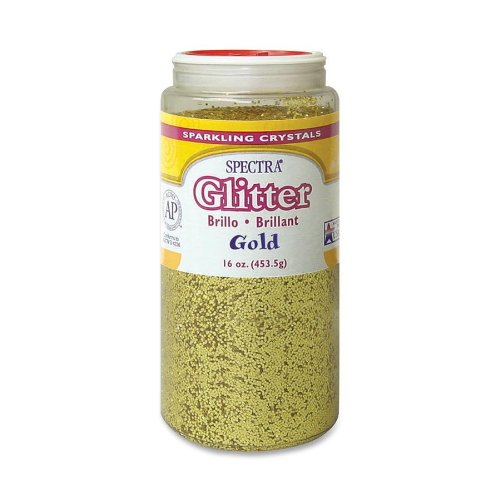 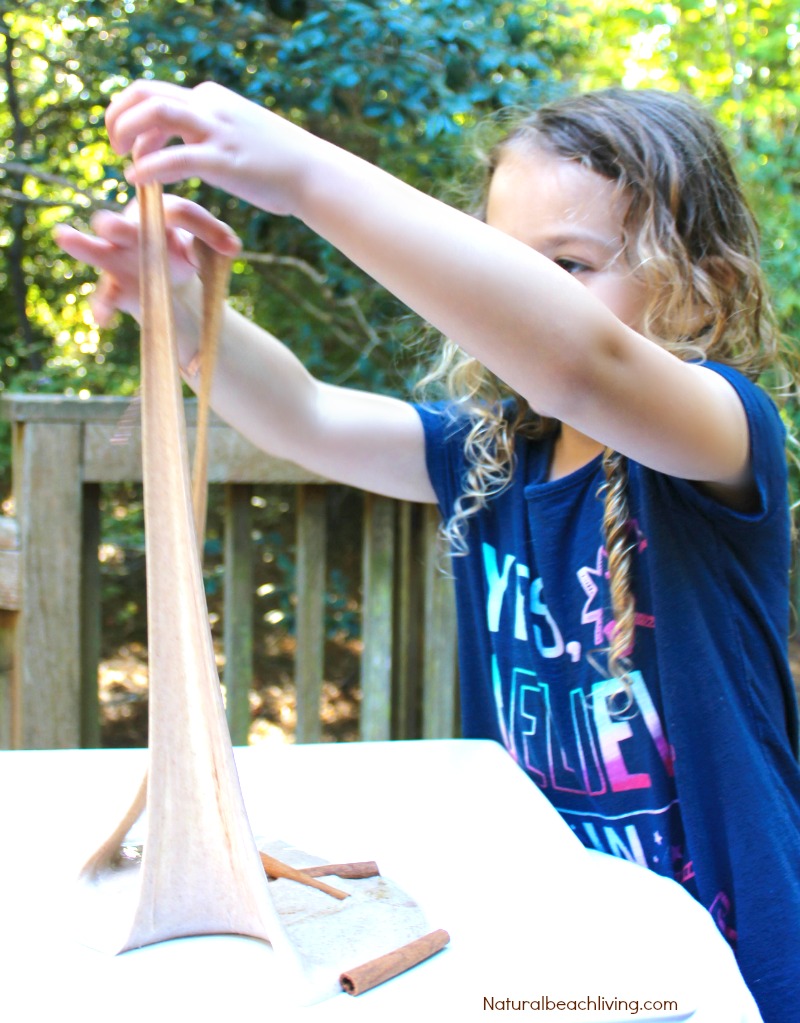 FOR THE BEST KIDS ACTIVITIES

YOU ARE ALSO GOING TO LOVE:

Studies have shown that if you really like this, you will also love the following articles. I have pulled them together for you right here! 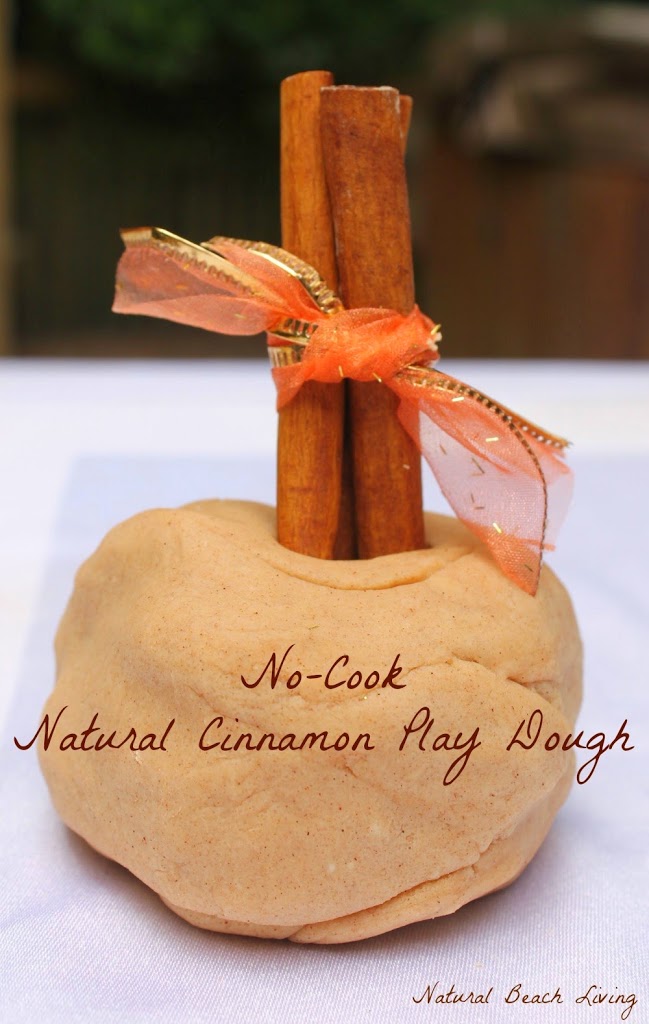 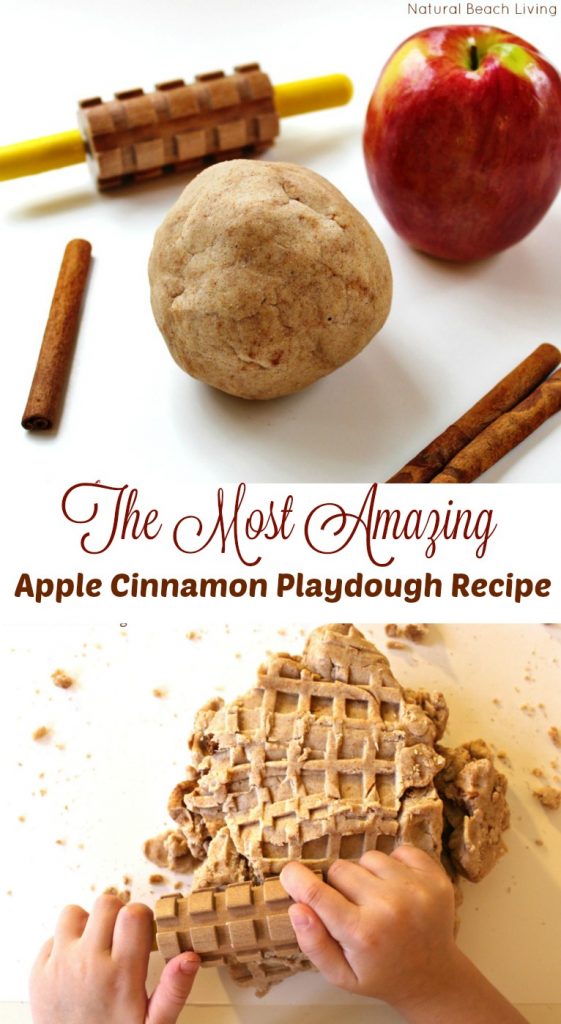 How to Make Apple Jiggly Slime 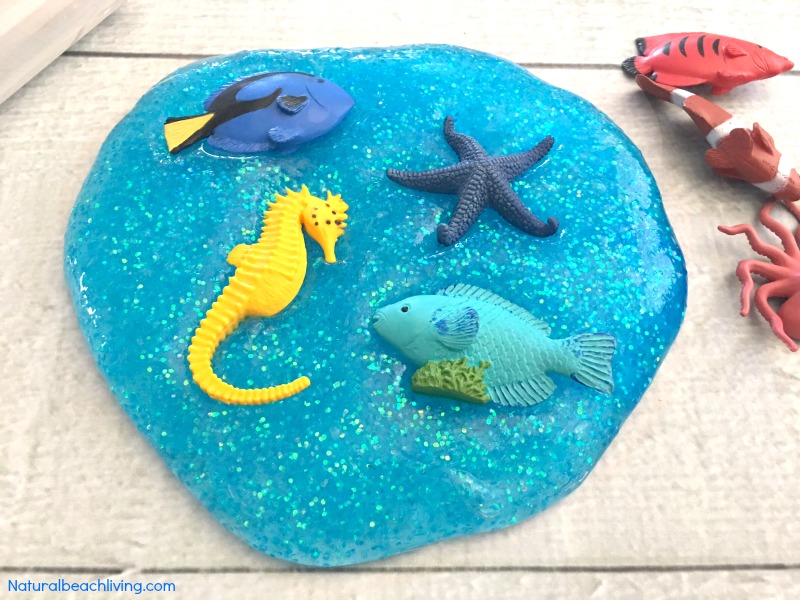 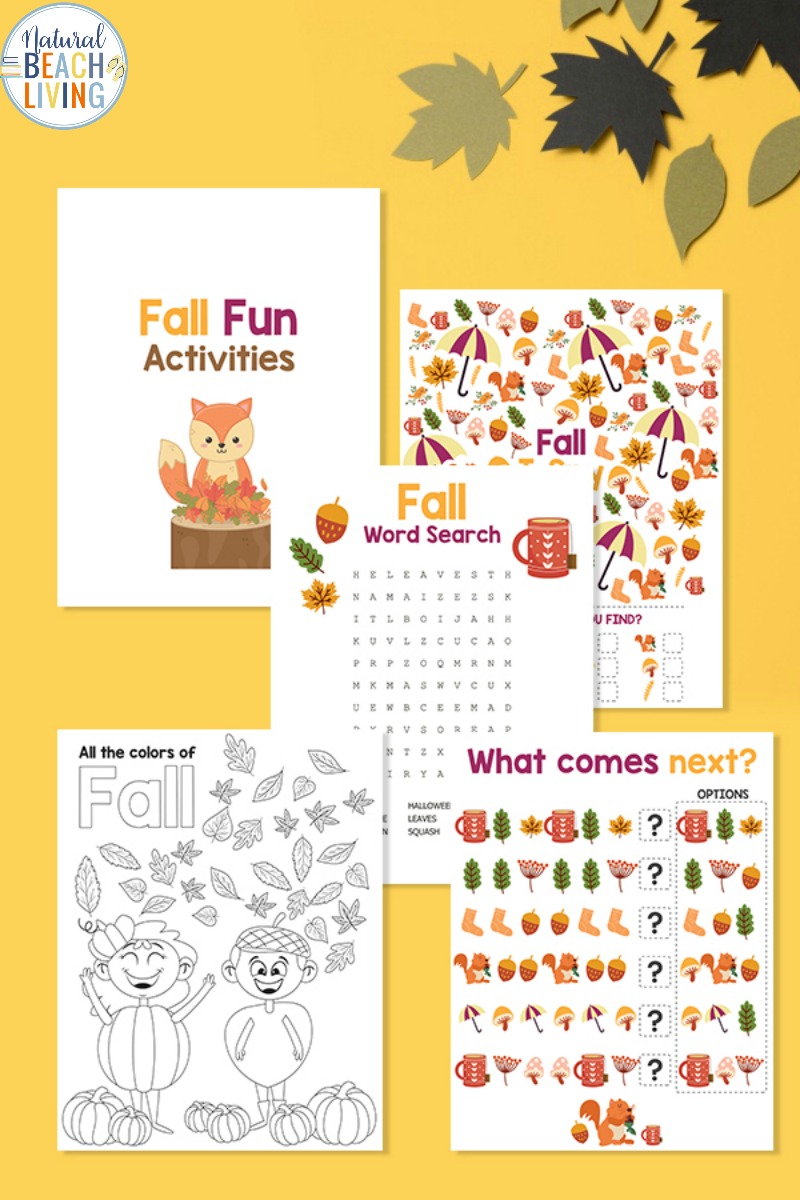 The weather is cooler, pumpkin spice has returned, and apple picking is in full swing! There are lots of reasons to be excited that Fall is finally here. A lot has changed this year, but fall fun can still be… 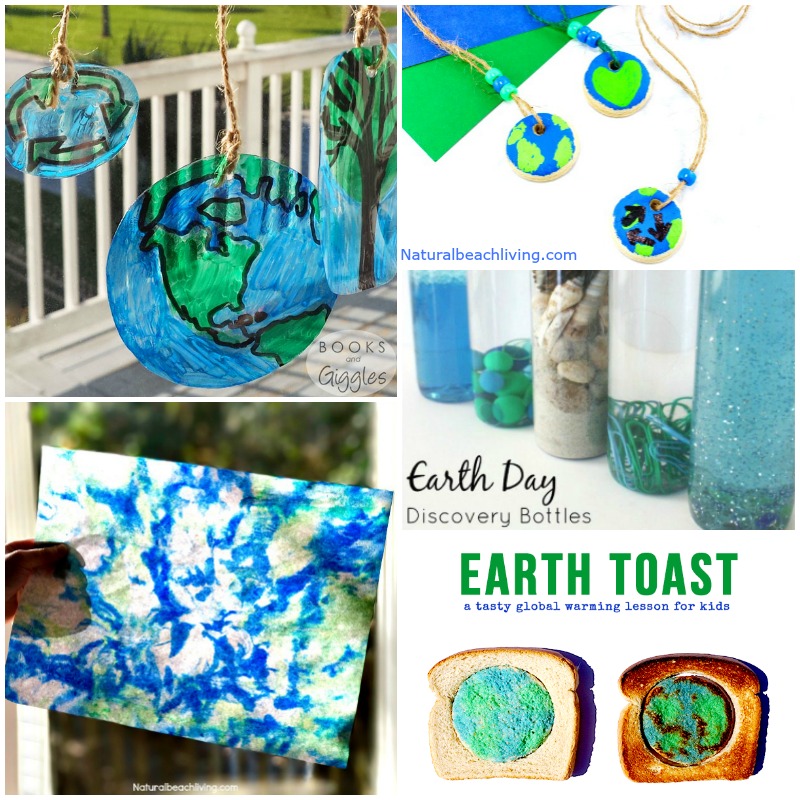 Let’s all raise helpers and environmentalists, doesn’t that sound like a great plan? Whether I am a little extreme or you’re with me, these Earth Day Theme Preschool Activities are a great place to start. Earth day can be celebrated… 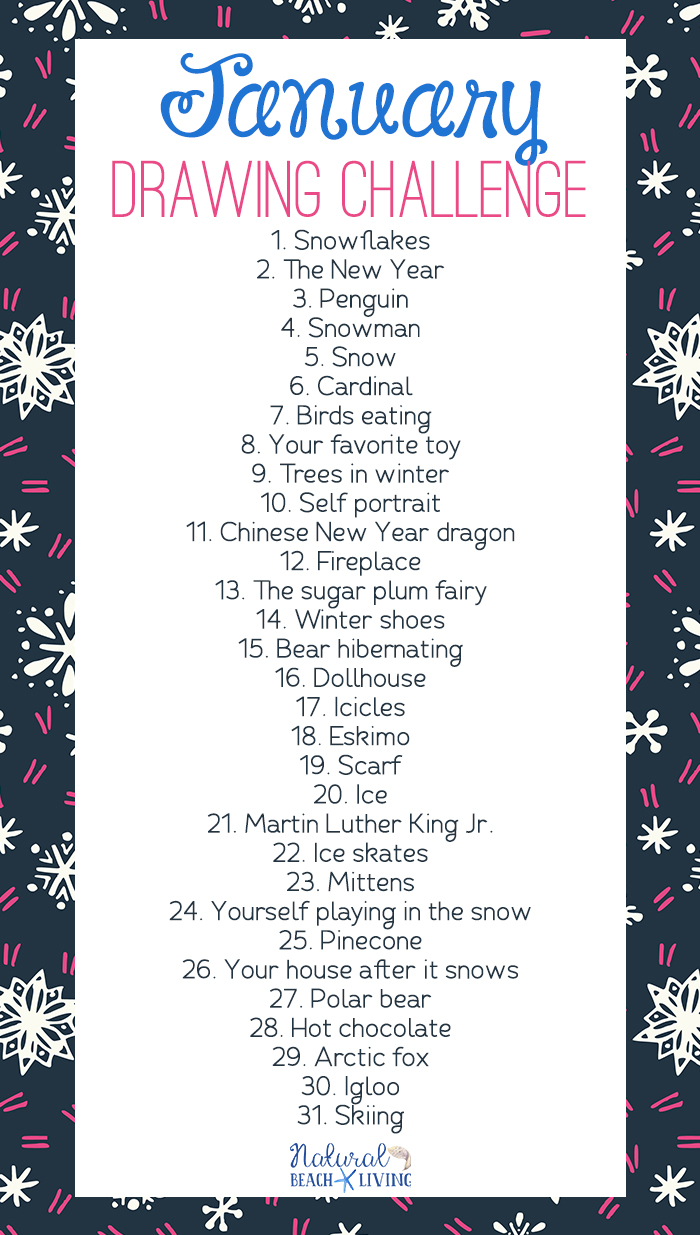 This year I am starting the year out with a few fun challenges. Starting with this January Drawing Challenge. This monthly drawing challenge is perfect for kids and adults. Over the years we’ve enjoyed 30 days of Random Acts of Kindness,… 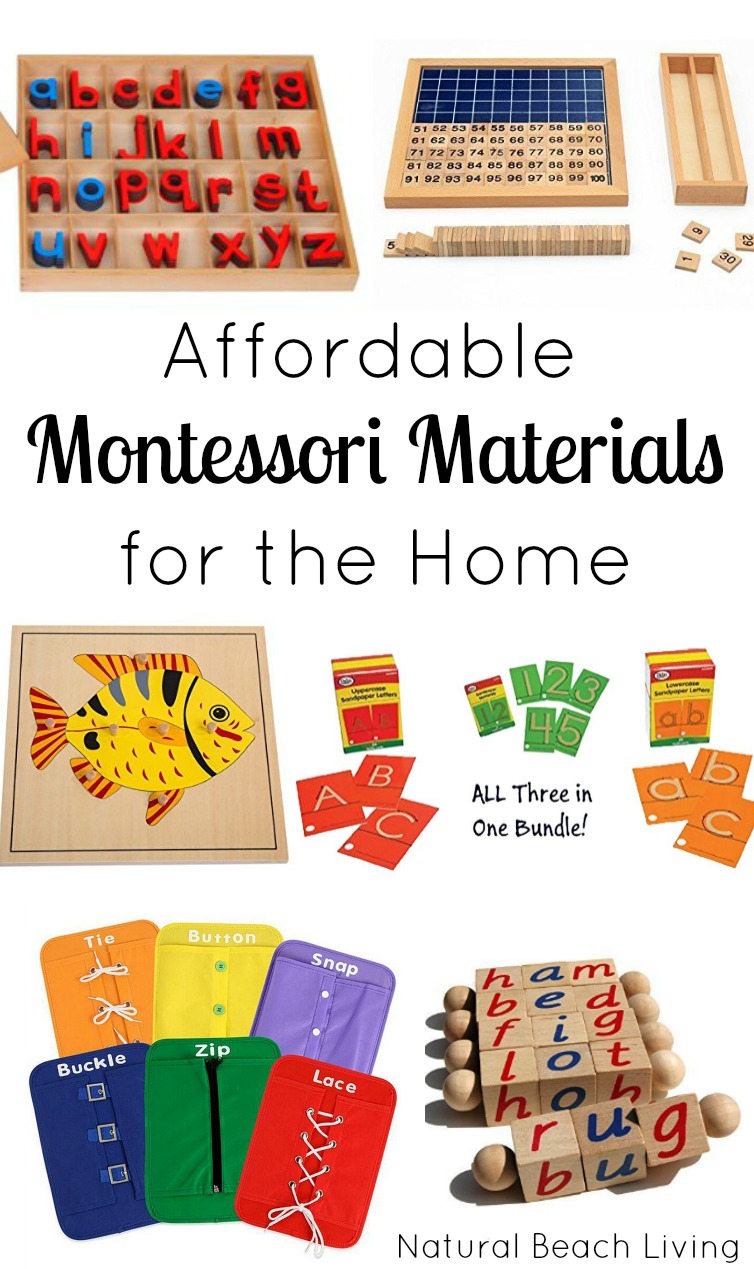 The past several years I’ve been focusing more on minimizing our materials and living on a budget. I’m determined to give our children a great education without having to spend a fortune. And I think it’s really important to share…

These fall jars make a great table centerpiece, fireplace mantel decoration, or would make a great gift as well! Add a candle, and you have a beautiful, cozy ambiance for fall! These Fall Leaf Candle Mason Jar Crafts also make the perfect… 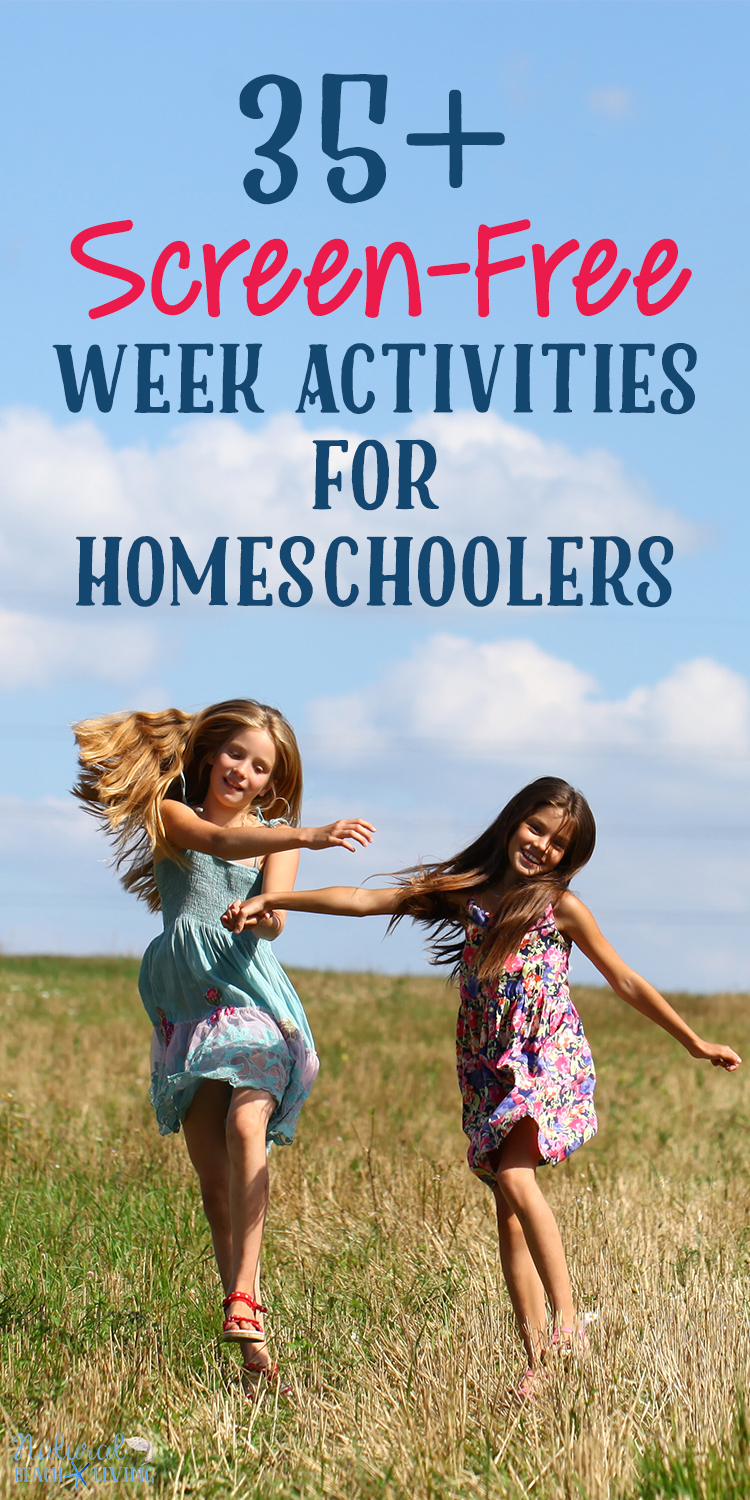 Celebrate Screen-Free Week with these great screen-free week ideas your children will love. These Screen-free activities will surely help guide you to enjoying some fun during the week of April 30th to May 6th. This year I want to inspire you… 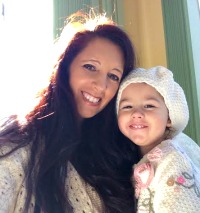 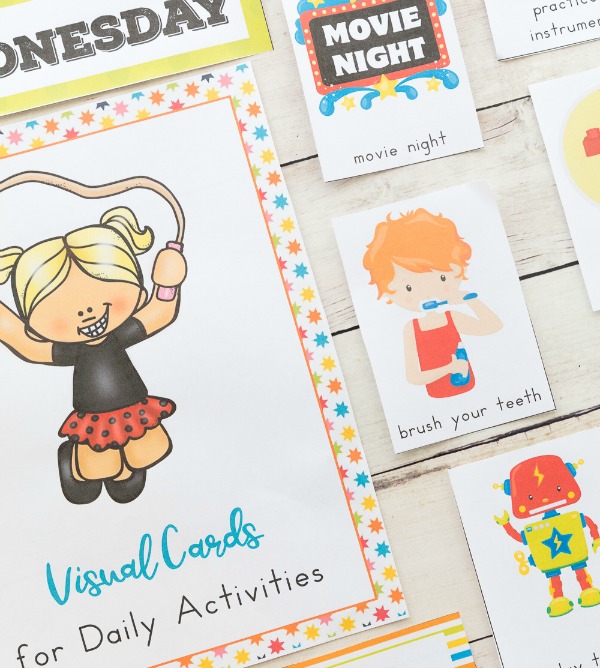 Life is great on the farm 🐴❤️ I’m so happ

The way the world seems lately I thought we could

May your day be filled with Luck and Love 💚 and

Pony Love ❤️ Life is great when you have anima

I couldn't ask for a better birthday present and S